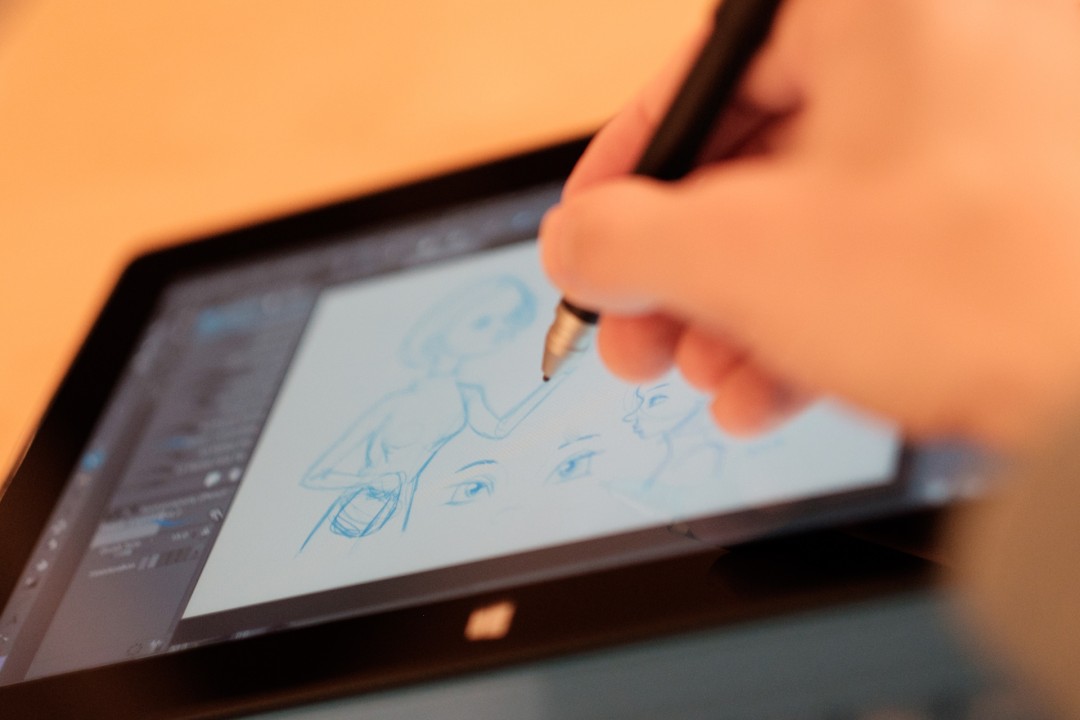 Using the Surface Pro 2 as a digital sketchbook/artwork/publishing tool.

I’ve always loved using computers to create art. From crude Petscii graphics on a Commodore 64, via mouse drawn art in Deluxe Paint on the Amiga, to 3D software on PC and Photoshop on Macs. I’ve always loved the computer screen as a medium, and find experimenting with new tools and technology almost as joyful as the creation of art itself.

When I started my A Sketch A Day project in 2015, I knew I had to use digital tools to be able to publish a small piece every single day. I have been drawing for a while on my iPad (and even made my own 3D art software, DeepSketch for it), and the first weeks of January I mostly used Procreate on the iPad to draw my daily piece. With a Wacom Creative Stylus paired via bluetooth you get crude but functional pressure sensitivity on the iPad. But the stylus is still thick, and palm rejection does not work very well. After using our new Wacom Cintiq Tocuh at work, I itched to get my hands on something similar to use for my project. But the Cintiqs are prohibitively expensive, so when I read that Microsofts Surface Pro 2 models had Wacom tech in it I knew I had to try it. 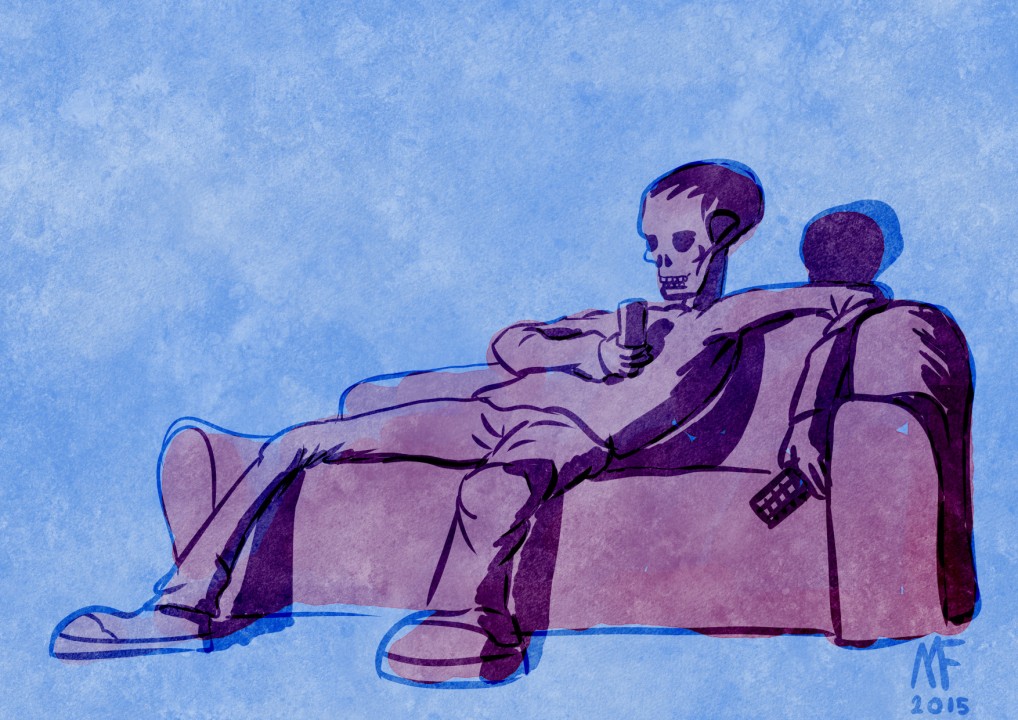 I won’t delve too deep into specs, but this machine is an intel i5, 128 GB SSD, 4GB ram computer running Windows 8.1 with a touchscreen, removable keyboard and a 1024 level pressure sensitive pen. The 10.6 inch screen has a somewhat cramped 16:9 ratio, but has great colour and contrast. The hardware feels well built and well thought out. Battery life when drawing is around 5 hours, give or take. It is much more heavy than an iPad, but has a kickstand built in that makes it comfortable to use as a computer (but too steep for drawing). 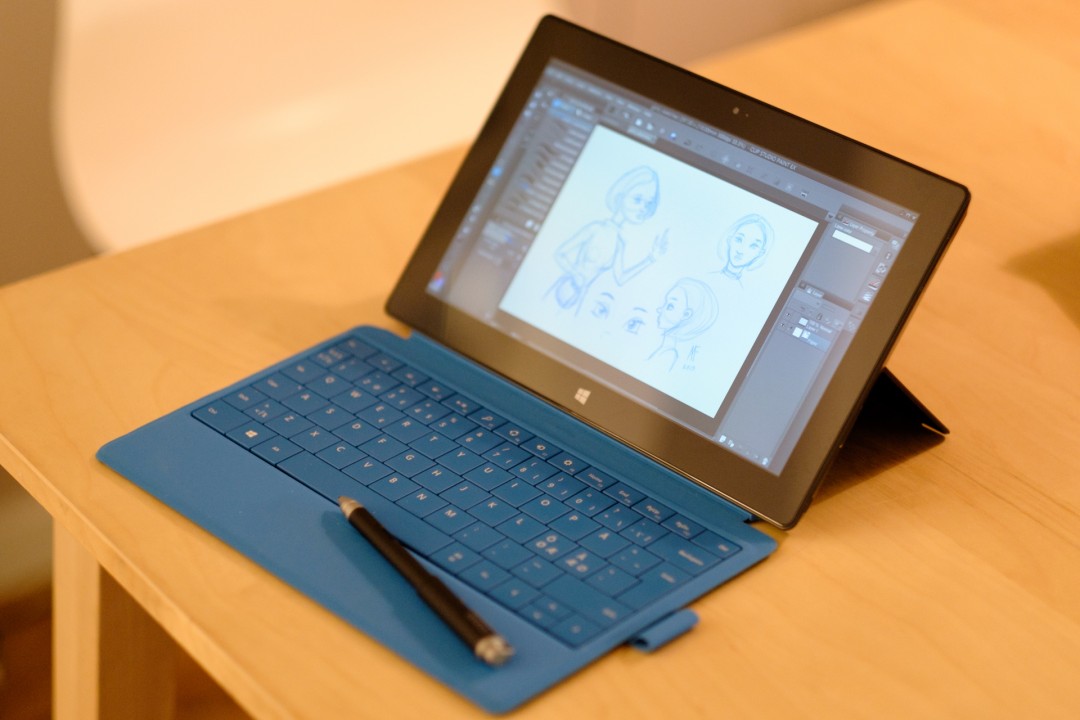 The included kickstand is great for computing, but too steep for drawing.

Software wise it was a bit difficult to go back to Windows after years of OSX and iOS. But overall the system has been responsive and crash-free in the weeks of testing. Being able to run full versions of Photoshop CC, Clip Studio Paint and Artrage has been awesome. Also having a proper keyboard makes it a very useful little machine, not just a tablet or a laptop (I’m typing this on with the Type Cover).

The included pen was ok, but very thin and not suited that well for drawing. It has a thin, plastic tip that slips very easily on the screen. I ordered a Wacom Feel pen as a replacement, and that has been a great drawing tool with the Surface Pro 2. Accuracy is about the same, but the tip and width of the pen is much more suited for drawing for longer periods of time. 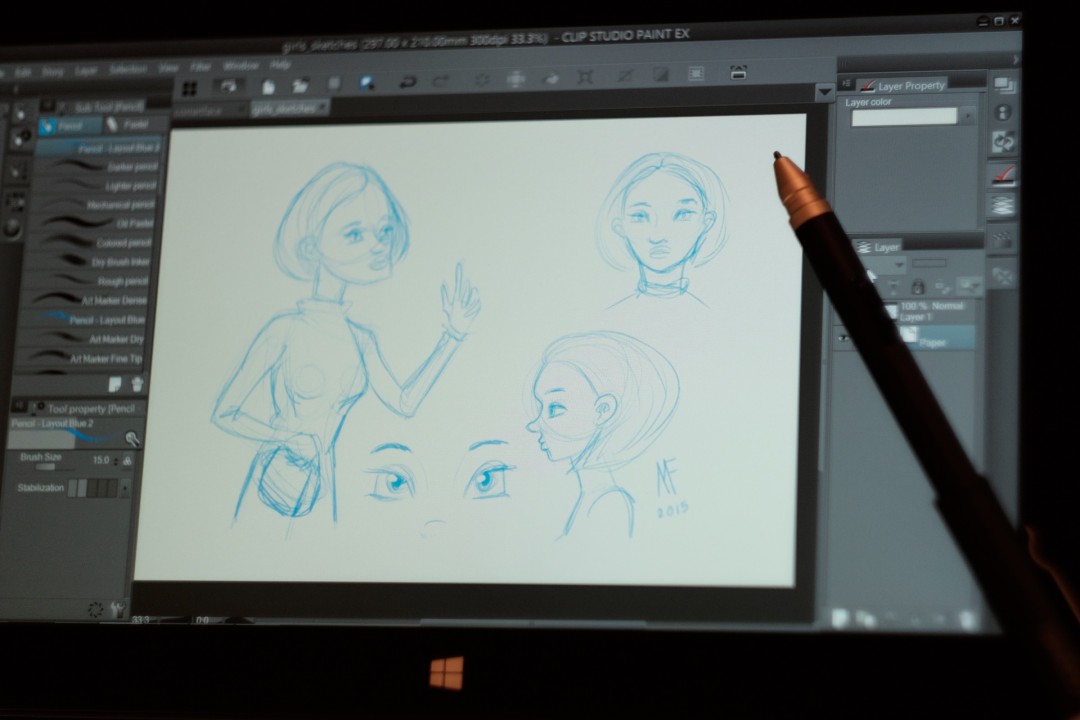 The two programs I’ve been using the most have been Clip Studio Paint (formerly Manga Studio) and Artrage. Both work really well with the pen, and supports multi touch for zooming and rotating the canvas. The pen feels accurate in both apps, and makes drawing details almost as easy as an expensive Cintiq Touch. Pen sensitivity is worse at the edges of the screen, though. It’s no deal breaker, but selecting tools and scroll bars at the edge of the screen can be difficult at times. A tedious calibration is nescessary to get the cursor to align with the pen tip, but it still has problems at the edges. Luckily the tools can be arranged freely in Clip Studio Paint, so it’s possible to set up a really nice working, touch friendly environment. 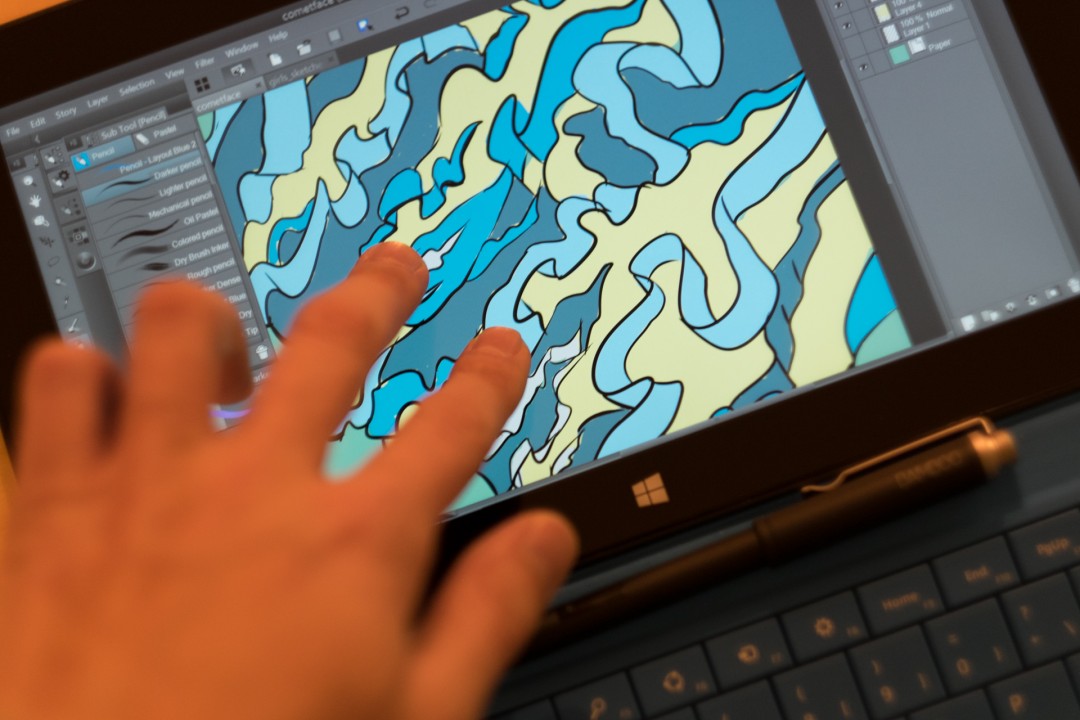 Touch and stylus input is preferable to the touch-only input of the iPad.

With the Wacom Feel drivers installed, you can customize the button(s) on your stylus. I have set mine to Undo, as it makes it easy to correct mistakes while drawing. It’s great to have a computer that can do everything from sketching, colouring, fine tuning in Photoshop and publishing – in portable form!

Being able to rest your hand on the screen when drawing with a thin-tipped stylus has been the most enjoyable aspect of using the Surface Pro 2. Combined with the touch screen, it really makes for a speedy, comfortable artwork tool that also doubles up as a proper computer.

The screen is still a bit cramped when you have toolbars, menus and panels floating, and working in portrait mode feels too narrow for me. The 3:2 aspect of the Suface Pro 3 and the variable kickstand probably makes for an even better drawing experience, especially if the N-trig pen is up to scratch. In my opinion, a Surface Pro 2 is a cheap, well built tool that I recommend any artist to try out if looking for a digital drawing solution.

Some pieces done on the Surface Pro 2

Painting in Artrage on the Surface Pro 2.