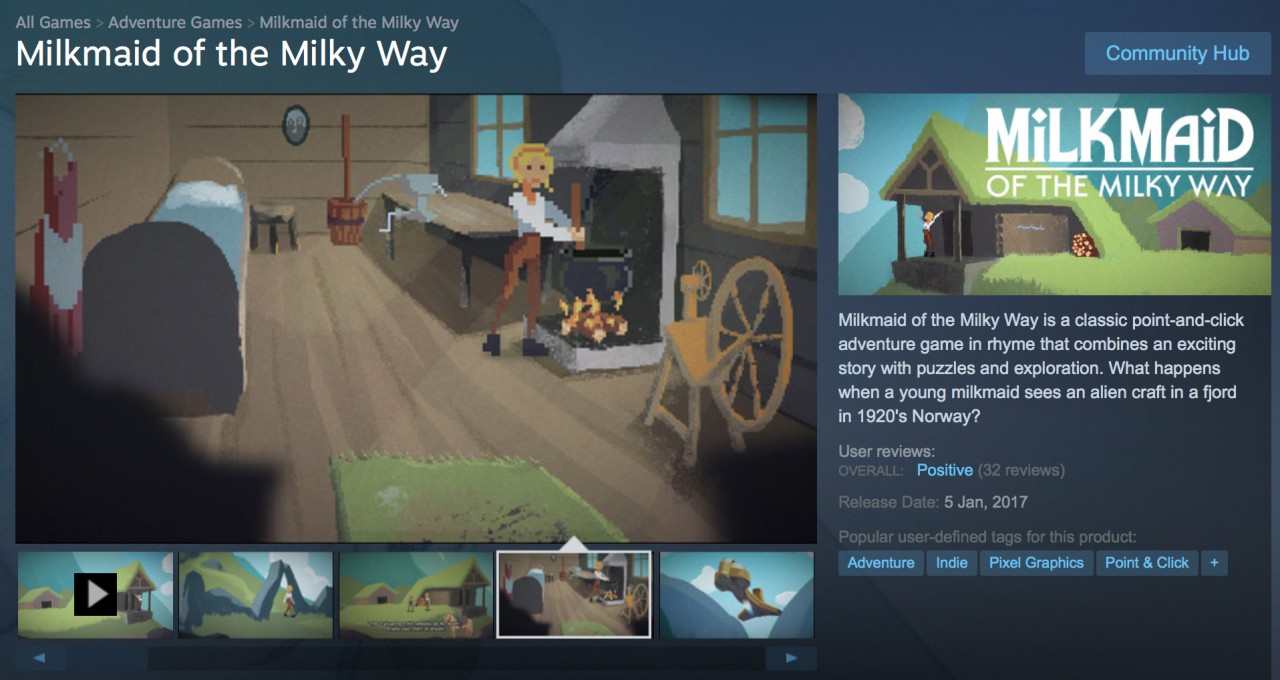 After close to two years of late night working, Milkmaid is finally out for PC, Mac and iOS devices! Yay!

Best part, feedback and reviews have been amazing! Currently the Steam versions has 32 all positive reviews, some of them really choked me up. Apple selected the game as one of their “New Games We Love” on the App Store and Toucharcade put it as their Game of the Week! Getting so much love for this passion project has made it so worth it, and it’s so good to hear people responding to the game and taking it in. Also, when the guy who made Monkey Island wants to play your game, it’s hard not getting a little giddy.

Of the 18 published reviews by journalists I’ve found so far, it’s hovering at a 76/100 rating on average. Awesome.

Some people have been asking for a translated version, and I totally get that. I’m hoping in time I can get translations to major languages done, but it’s a big project to translate and get right. It’s not gonna happen overnight, but it’s something I want to get done at some point.

If you’ve played the games – thank you! I’m really grateful that someone spent money and time on an unknown indie title, and reading player feedback has been a joy!

Get the game on iPad or iPhone here

Or get it on Steam for PC/Mac here

Milkmaid arriving on 5th of January 2017!